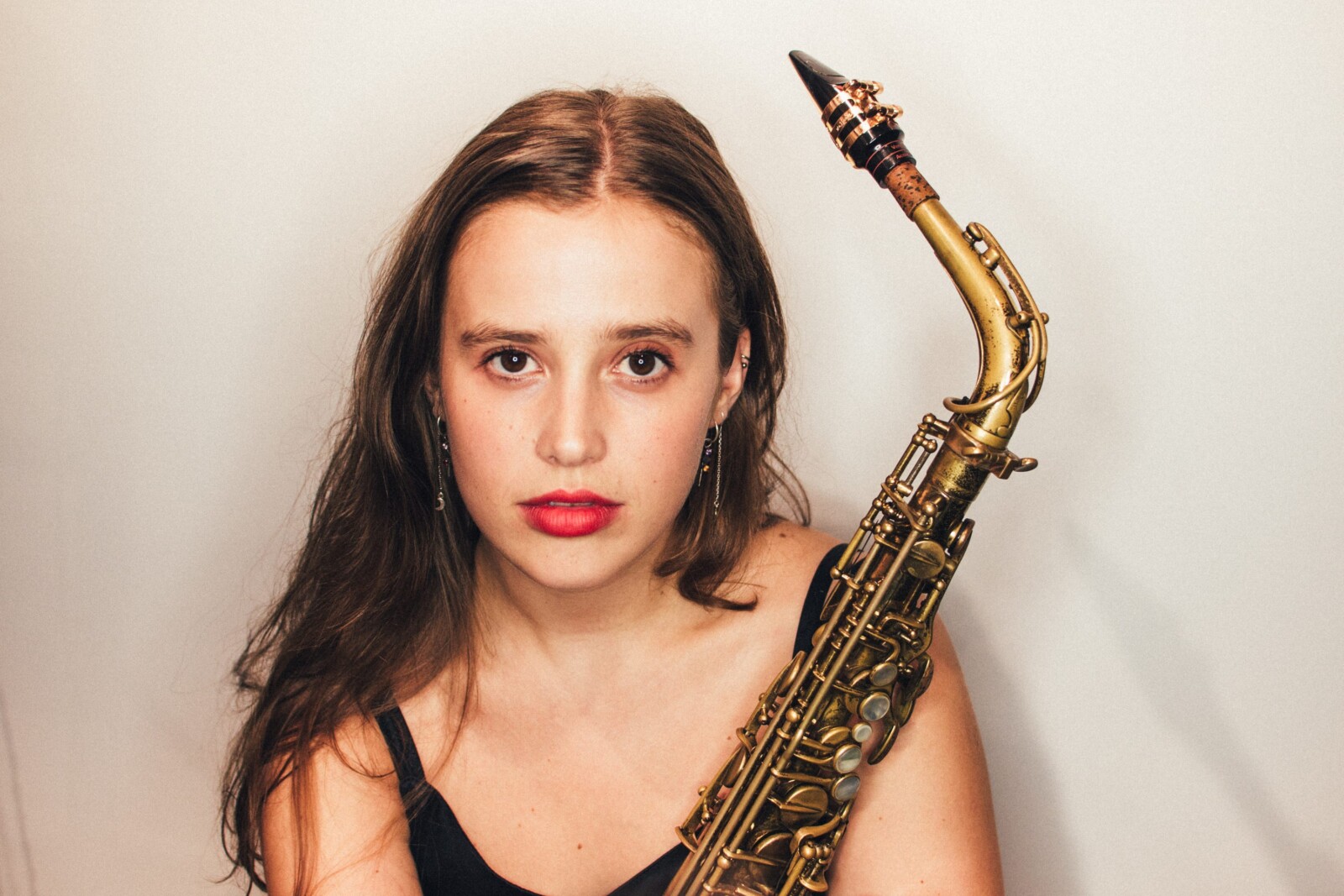 Take Note is a program that addresses the underrepresentation of women* in jazz by celebrating and promoting female leaders on stage and in high schools across Victoria.

We believe that ‘if you can see it, you can be it’.

This vital program relies on the generosity of our partners and the many individuals who support the program through private giving.

You can help us bring Take Note to more students across the state by donating below.

Women* are underrepresented as leaders at every level of public and creative life – including jazz performance.

Throughout their development women are often dissuaded from pursuing creative careers, let alone leadership roles, from middle-secondary school, through to university and into the professional arena.

There are a multitude of reasons for this, including societal pressure regarding instrumentation choice for women as well as a lack of female role models – compared to their male counterparts – for emerging musicians.

In 2019, MIJF launched a program that supports the career development of a Victorian female* leader in jazz while championing diversity and encouraging female school-aged musicians to consider a career in jazz performance.

The first iteration, Tomorrow is My Turn, brought a touring band – lead by bassist, composer and educator Claire Cross – to metropolitan and regional high schools with an improvisation workshop and an opportunity to see women leading the way in music.

To MIJF audiences, the project brought a new composition by Claire, Into Light, which made its premiere at the Festival.

In 2020, this initiative is back with a new name, new supporters and a new leader – but the same ethos remains intact: if you can see it, you can be it.

We are incredibly proud to announce that Take Note will be led by saxophonist Holly Moore.

Holly is an exciting young musician who is emerging as a leader in the Australian jazz sector.

Holly will receive $5,000 in support of developing a new composition that will be presented at MIJF 2020 and recorded for broadcast by a new supporter of the program, PBS106.7FM. She will also receive a career development package, comprising mentoring sessions tailored to suit her career goals and trajectory.

“I am excited and honoured to be the MIJF Take Note artist this year.  I am thankful to have the opportunity to play new music at this year’s Festival and am looking forward to leading jazz workshops and sharing the music I love with students throughout the year as a representative and advocate for women in jazz.” – Holly Moore

In addition to her Festival performance, Holly will lead improvisation workshops with her band in Victorian high schools. Select students from this educational activity will have an opportunity to perform alongside Holly in the Melbourne Women’s International Jazz Festival later in 2020.

*MIJF acknowledges that gender is a diverse spectrum and when referring to women and men it includes those who identify as female and male, and those who are trans, intersex and gender non-conforming

Holly holds a Bachelor of Music from Monash University, completed an Honours year and Graduate Certificate in Arts and Community in Engagement at the Victorian College of the Arts.

Holly has spent the last 14 months living and working in New York where she says her ‘voice as a musician has become clearer. Spending time in this city, immersed in a different jazz community with people like Martha Walton, Carl Allen and Spike Wilner has transformed my thinking.’

What excites Holly the most about Take Note is the opportunity to show young musicians what women in leadership can do – both by leading her band on stage at the Festival and by leading students in improvisation workshops.

“This program excites me, as it is pivotal to have women role models that young people can engage with so that they can consider jazz to be accessible and available to them.”

This is the idea at the centre of Take Note: if you can see it, you can be it.