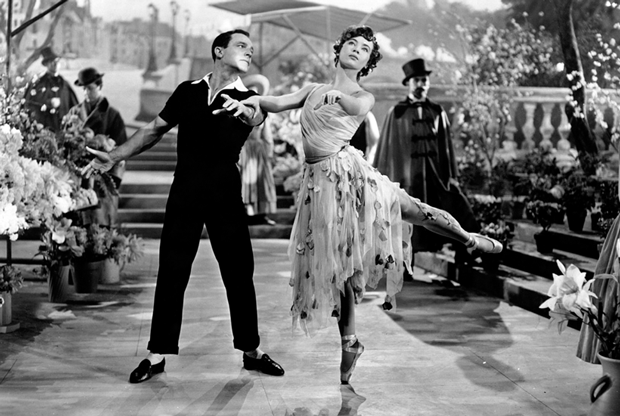 In a career that spanned just 23 years, George Gershwin became one of the greatest composers of the 20th century.

Gershwin is perhaps best known for the orchestral compositions that spanned both popular and classical music. His 1924 Rhapsody in Blue elevated jazz to a ‘respectable’ genre, while his ‘folk opera’ Porgy and Bess is considered to be among the most important American musical compositions of the 20th century.

Gershwin wrote numerous songs for stage and screen that quickly became standards, including Oh, Lady Be Good!, Someone to Watch Over Me, Strike Up the Band, Embraceable You, Let’s Call the Whole Thing Off and They Can’t Take That Away from Me. His lyricist for nearly all of these tunes was his older brother, Ira, whose witty lyrics and inventive wordplay received nearly as much acclaim as George’s compositions.

Gershwin’s Summertime has been reinterpreted by everyone from Billie Holiday to Janis Joplin, Louis Armstrong to Miles Davis.

In the latter part of his career, Gershwin penned classic scores for films starring Fred Astaire, Gene Kelly and Ginger Rogers. With another long weekend on the way, and some cold Melbourne weather to keep us indoors, we’re taking a deep dive on some of the best of Gershwin in Hollywood.

Here are binge-worthy titles to fill your weekend.

In 2019, MIJF and the Melbourne Symphony Orchestra will present Gershwin Reimagined. Featuring the incredible vocals of Laura Mvula and Josè James, and the full splendour of the MSO conducted by Troy Miller, this spectacular show is a fitting tribute to the work of Gershwin and his impact on popular and classical music that is still felt more than one hundred years after his birth.

Get your ticket here.

Based on Gershwin’s 1928 composition, An American in Paris, this Oscar-winning movie musical by the same name, directed by Vincente Minnelli, starred Gene Kelly and Leslie Caron. Kelly plays Jerry Mulligan, a struggling American painter in Paris who is “discovered” by an heiress with an interest in more than Jerry’s art. Meanwhile, Jerry has fallen for Lise, a young French girl engaged to a cabaret singer.

Rent An American in Paris

This fictional biography revolves loosely around the events, life and loves of George Gershwin himself. In the film, the driven and ambitious Gershwin is so intent on finding success in his career that he destroys relationships with singer Julie Adams and socialite Christine Gilbert. Featuring many of Gershwin’s greatest hits and cameo appearances from his real-life collaborators and mentors, this musical biography is an affectionate tribute filled with incredible musical sequences that alone are worth the viewing time.

One of a string of films scored by Gershwin that starred Fred Astaire, Shall We Dance is light musical comedy featuring classic Gershwin compositions Let’s Call the Whole Thing Off and They Can’t Take that Away From Me. In the film, Astaire’s ballet master Peter P Peters falls for tap dancer Linda Keene, played by Astaire’s frequent co-star Ginger Rogers. The budding romance is complicated by rumours that the couple is already married.

Rent Shall We Dance

Lady Alyce takes off to London to meet a prospective beau, and instead bumps into Astaire’s Jerry Halliday, a dancer. After she is restricted to her castle home, butler Albert sends for Halliday to ‘protect his investment’. Gershwin’s score features Nice Work if You Can Get It and Stiff Upper Lip.

Rent A Damsel in Distress

Goldwyn Follies (1938)
Completed after Gershwin’s untimely death at the age of 38, Goldwyn Follies features four Gershwin compositions, including the songs Love is Here to Stay and Love Walked In. The score was later completed by Vernon Duke after Gershwin’s death, and nominated for an Academy Award. The film was the first Technicolour film produced by Samual Goldwyn and features an all-star cast of early Hollywood musical stars. The plot centres on a movie producer who chooses a simple girl to be ‘Miss Humanity’ and critically evaluate his films as an ‘ordinary person’. This classic film can be a little tricky to find, but well worth the investment.